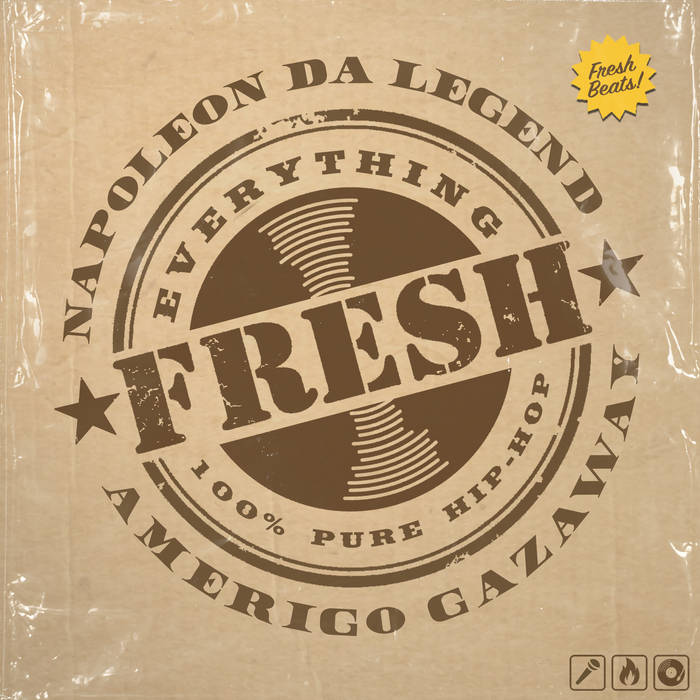 Producer Amerigo Gazaway and Napoleon Da Legend flex their creative chemistry on a new collaborative project, “The World Changed”. Watch the teaser video, listen to the single "Everything Fresh" and stay tuned for the full album dropping Nov. 19th.

Working in tandem to keep the cohesion heard throughout the album’s 16 song tracklist, NDL finds his pocket on a range of emotions over versatile beats composed with Gazaway’s signature nuances, scratch hooks and interview soundbites.

[Napoleon Da Legend verse]
I went from flat broke hit the plateau defacto
Could always rap though snuck in through the back door
Then I started spazzing for stacks though that crack flow
Kakarot smack foes Ragnarok black Thor
Back to my roots like Black Thought to them I take my hat off
This bound to catch on like facing Covid with ya mask off
This is mad cloth Jim Duggin hacksaw
You that soft? Domes I hack off then hustle packs off
It’s that simple…
This the last straw
Was cast off now I’m back like Sasquatch
I’m far passed the norm like a Capricorn rap porn
Swing the pen like McEnroe
I’m way past woke
Packed the venue to the last row
Shut it down and close it like Mac Pro
Then I tease you with Nirvana we bring that close
Ya can taste it and feel it it’s Amerigo and Po
Hey yo