Work To Do (Single) 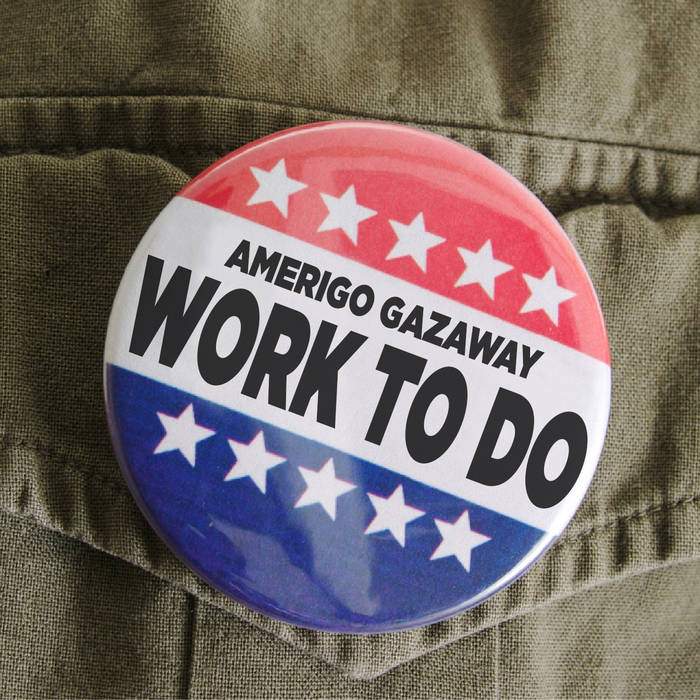 Dee very timely...
the "I got work to do" background with ad-libs is great

"I have said this before, and I will say it again,"The vote is precious. It is almost sacred. It is the most powerful non-violent tool we have in a democracy." - John Lewis

It’s been a long time , I’m sorry that I kept you waitin'
But life is all about the journey not the destination
This year it seems like everybody tryna test my patience
See that what happens when you’re taught to just forget the basics
And that’s the reason why our kids are lacking education
Misinformation being spread without no hesitation
And while Congress busy passing racist legislation
400 years and black folks still ain’t got no reparations?
Question: how the hell we supposed to hold an election?
When they undermine the post office with voter suppression?
Make me wanna holler, and throw up both my hands
Guess I’m ridin' with Biden cuz that’s our only chance
I tried to vote for Bernie but y’all ain’t ready that
I would stoop to their level but we better than that
Facts, because unless we get our act together
We’re all doomed and we gone have to live with that forever

Ayo I guess Im just like everyone else
I wish that I could care less about wealth a
And just stop stressin' myself
But even though I keep second guessin' my self
I got a need for expressing myself
And making sure that my presence is felt
In this world between heaven and hell, man you never can tell
what lurks beyond the next corner
Icebergs melting as the planet gets warmer
But this is just sorta...
A small glimpse of whats in store for our sons and daughters
California burning up and Trump just ignored it
But whats f*cked up is more than half the country still support him
Giving all out money to the wealthy when we can't afford it
Not to mention all the men and women gettin slaughtered
Merely a target, rest in peace to the dearly departed
Im just tryin to keep it real and be honest
These people in office gotta go now bring in the chorus

R.I.P. the Notorious RBG
Who spent her life makin' sure that we can all be free
John Lennon once said “love is all we need”
But now it seems like hate and bigotry is all we see
Preach, yo I guess it’s just the times we’re livin' in
Everybody tryin to multiply their dividends
Most the time I’m just high tryin to find my pen again
While these white emcees still tryna rhyme like Eminem
I’m better than...90% of you wack rappers
If you ask me the whole damn industry ass backwards
Rat bastards, it ain’t about who can rap faster
Cuz he who’s raps better, always gets the last laughter
See subject matters, just like books, black lives and albums
Prince said it back in two thousand
And fifteen, before he left this earth
Enough to talk, c'mon y’all let’s go get this work