Nina Simone & Lauryn Hill - Ready Or Not feat. The Fugees

from Nina Simone & Lauryn Hill - Ready Or Not feat. The Fugees (Single) by Amerigo Gazaway 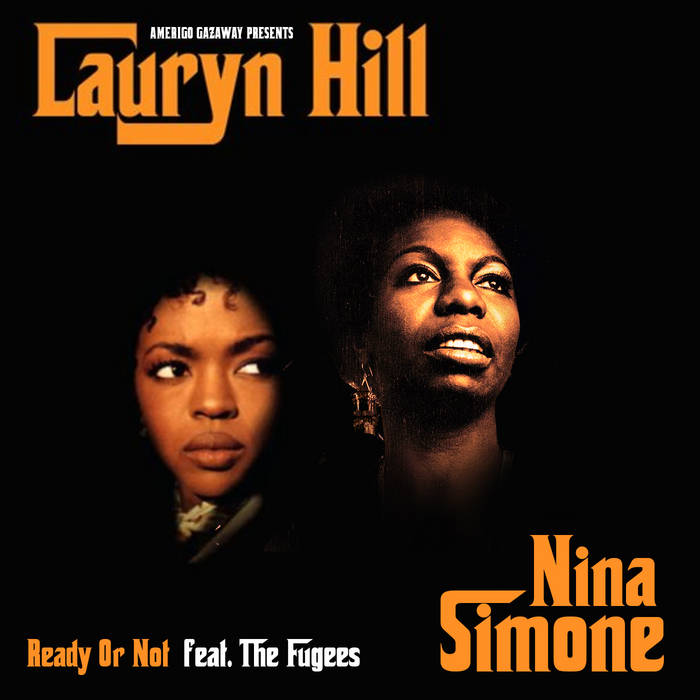 With his latest Soul Mates Project, Amerigo Gazaway imagines a studio session between The High Priestess of Soul, Nina Simone, and living legend, Lauryn Hill. Continuing the “collaborations that never were” theme of his previous releases, the producer seamlessly connects the dots between Hip-Hop and the genre’s predecessor, Soul.

Back in 2016, I had the pleasure of discussing my conceptual collaboration projects via a roundtable discussion at MoPOP’s annual POP Conference in Seattle. During our discussion, a fellow panelist, writer and professor, Zandria Robinson, posed an interesting question: “where’s your project celebrating women artists?”

Two years later and I’m excited to finally share the answer with my new Nina Simone + Lauryn Hill mixtape, “The Miseducation of Eunice Waymon”. Given the project was, in part, inspired by Zandria’s question, she got the first listen and has written a few words on the album below. -AG

“Soul Mates’ “collaborations that never were” enters new territory with a now familiar deft and verve, this time highlighting intergenerational conjurings between two black women cultural workers from the civil rights and hip-hop generations. With Nina Simone and Lauryn Hill seated together at the table, collaboration transforms into vivid conversation, call and response, and a call to action--private, personal, and public--across space, time, and realm.

With "The Miseducation of Eunice Waymon", Amerigo Gazaway renders listeners children in the backseat of a shiny black Chevy, transfixed by the mysteries of grown women’s conversations. We ride along and listen quietly as Hill drives down South to retrieve Simone from North Carolina and the two travel back north together, to New Jersey and then to New York, and onward to woman-ish soul eternity.

Gazaway does a different kind of labor in this mashup, creating a private, interior space for these women to speak the truths of their lives, both to themselves and to each other. As they come to know each other across the project’s apt sample and song combinations and interview snippets, Simone’s piano accompanies and buoys Lauryn and Lauryn sings back Nina’s words and sounds a resonant understanding with her acoustic guitar. They become gold- and white-framed mirrors, dancing to breakbeats around each other’s personal and political struggles and triumphs with all the freedom being seen, being recognized, brings.

In this curated interior space, audiences are compelled, at last, to listen to all of what and who these women were and are and to really hear those truths: to listen and learn about care, alienation, desperation, motherhood, women’s work; about the unending strivings for interpersonal peace and understanding; and about the necessity for liberation.”  - Zandria Robinson